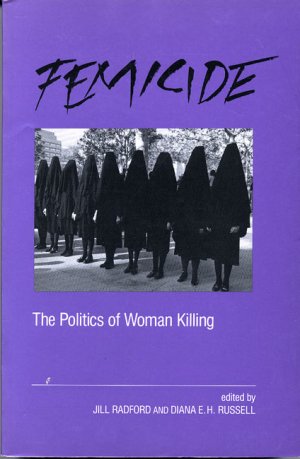 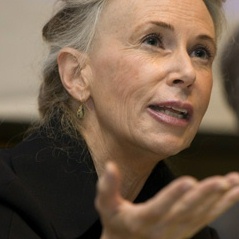 Over fifty years ago the Universal Declaration of Human Rights defined what a human being is. 1 It told the world what a person, as a person, is entitled to. Are women human yet?

If women were human, would we be a cash crop shipped from Thailand in containers into New York’s brothels? 2 Would we be sexual and reproductive slaves? Would we be bred, worked without pay our whole lives, burned when our dowry money wasn’t enough or when men tired of us, starved as widows when our husbands died (if we survived his funeral pyre), sold for sex because we are not valued for anything else? Would we be sold into marriage to priests to atone for our family’s sins or to improve our family’s earthly prospects? Would we, when allowed to work for pay, be made to work at the most menial jobs and exploited at barely starvation level? Would our genitals be sliced out to “cleanse” us (our body parts are dirt?), to control us, to mark us and define our cultures? Would we be trafficked as things for sexual use and entertainment worldwide in whatever form current technology makes possible? 3 Would we be kept from learning to read and write?4

If women were human, would we have so little voice in public deliberations and in government in the countries where we live? 5 Would we be hidden behind veils and imprisoned in houses and stoned and shot for refusing? Would we be beaten nearly to death, and to death, by men with whom we are close? Would we be sexually molested in our families? Would we be raped in genocide to terrorize and eject and destroy our ethnic communities, and raped again in that undeclared war that goes on every day in every country in the world in what is called peacetime? 6 If women were human, would our violation be enjoyed by our violators? And, if we were human, when these things happened, would virtually nothing be done about it?

It takes a lot of imagination — and a determinedly blinkered focus on exceptions at the privileged margins — to see a real woman in the Universal Declaration’s majestic guarantees of what “everyone is entitled to.” After over half a century, just what part of “everyone” doesn’t mean us?

The ringing language in Article 1 encourages us to “act towards one another in a spirit of brotherhood.” Must we be men before its spirit includes us? Lest this be seen as too literal, if we were all enjoined to “act towards one another in a spirit of sisterhood,” would men know it meant them, too? Article 23 encouragingly provides for just pay to “[e]veryone who works.” It goes on to say that this ensures a life of human dignity for “himself and his family.” Are women nowhere paid for the work we do in our own families because we are not “everyone,” or because what we do there is not “work,” or just because we are not “him”? Don’t women have families, or is what women have not a family without a “himself”? If the someone who is not paid at all, far less the “just and favorable remuneration” guaranteed, is also the same someone who in real life is often responsible for her family’s sustenance, when she is deprived of providing for her family “an existence worthy of human dignity,” is she not human? And now that “everyone” has had a right “to take part in the government of his country” since the Universal Declaration was promulgated, why are most governments still run mostly by men? Are women silent in the halls of state because we do not have a human voice?

A document that could provide specifically for the formation of trade unions and “periodic holiday with pay” might have mustered the specificity to mention women sometime, other than through “motherhood,” which is more bowed to than provided for. If women were human in this document, would domestic violence, sexual violation from birth to death, including in prostitution and pornography, and systematic sexual objectification and denigration of women and girls simply be left out of the explicit language ?

Granted, sex discrimination is prohibited. But how can it have been prohibited for all this time, even aspirationally, and the end of all these conditions still not be concretely imagined as part of what a human being, as human, is entitled to? Why is women’s entitlement to an end of these conditions still openly debated based on cultural rights, speech rights, religious rights, sexual freedom, free markets — as if women are social signifiers, pimps’ speech, sacred or sexual fetishes, natural resources, chattel, everything but human beings?

The omissions in the Universal Declaration are not merely semantic. Being a woman is “not yet a name for a way of being human,” 7 not even in this most visionary of human rights documents. If we measure the reality of women’s situation in all its variety against the guarantees of the Universal Declaration, not only do women not have the rights it guarantees — most of the world’s men don’t either — but it is hard to see, in its vision of humanity, a woman’s face.

When will women be human ? When ?

(This analysis was originally published in Are Women Human? And Other International Dialogues, Harvard University Press, 2006, pp. 41-43.).

Catharine MacKinnon Remedies for War Crimes at the National Level