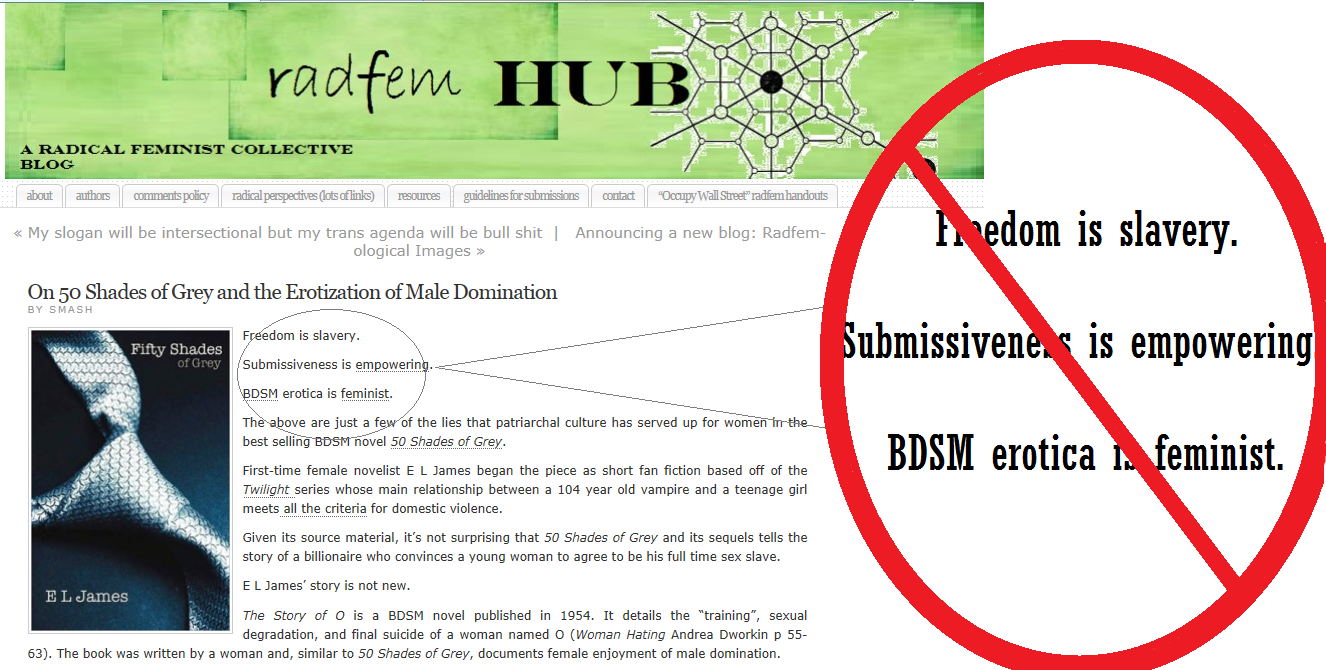 First-time female novelist E L James began the piece as short fan fiction based off of the Twilight series whose main relationship between a 104 year old vampire and a teenage girl meets all the criteria for domestic violence.

Given its source material, it’s not surprising that 50 Shades of Grey and its sequels tells the story of a billionaire who convinces a young woman to agree to be his full time sex slave.

In our male-dominated culture, women are socialized to enjoy being dominated sexually. As Womon On a Journey says, “The cultural of women-hatred f*cks with ALL of our brains, so that we really have no idea as women what our desires would be in a sex-equal society.”

Given this fact, what are we to make of the fact that some women enjoy fantasies of being dominated?

The enjoyment these women feel is described by Dee Graham in her book Loving to Survive as Societal Stockholm Syndrome. Because women as a group cannot escape from men, we have found ways of dealing with their violent and destructive behavior. We eroticize it, and internalize the desire for it. As Cherry Blossom Life says, “Perhaps when women talk about the empowerment of submissiveness, they are actually talking about the power of the double bluff: “You want to hurt me? Screw you; you’ll never hurt me more than I want to be hurt myself.””

By “choosing” to enjoy male-dominant sex, women are able to develop a sense of power, however limited.

Rather, we agree with Sheila Jeffreys when she says,

“Traditional forms of male-supremacist sexuality based on dominance and submission and the exploitation and objectification of a slave class of women are being celebrated for their arousing and “transgressive” possibilities.”